We are an experienced and entrepreneurial team who choose to work in partnership with other entrepreneurs. 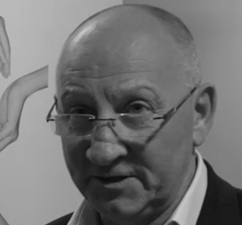 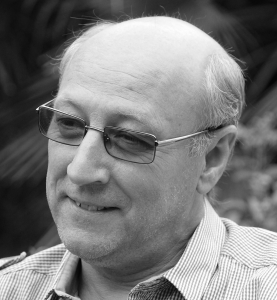 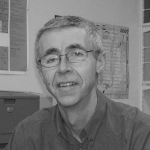 David is a founding Director of Viridis Navitas Capital Partners Ltd and a highly commercial, innovative and success driven individual. He is also an entrepreneur with a strong electronic, electro-mechanical, automotive and heavy engineering background.

Following 10 years of military service operating throughout the world, David spent the next 10 learning the commercial realities of international business by apprenticing himself to the most successful business owners and companies he could find. During this time he was tasked across a broad range of industries including, leisure, entertainment, automotive, telecoms, advertising and IT.

After successfully exiting TGNS in 2002 with annual revenues of $27m, David accepted the role of Commercial advisor to the then Maltese Minster of Finance, The Right Hon Mr John Dalli where he formed part of a 3-man team charged with redesigning the Countries FDI programme, agencies and Industrial Estate Management.

Successful completion of this project delivered a ‘step change’ in Government attitude toward FDI procurement, Business Promotion and even its own work force, pre the Country’s accession to Europe.

In 2004 David continued his career by taking on international consultancy roles within the restructuring IT and telecoms sector and later within the emerging renewable energy industry.

In mid-2009, David was invited to lead the design team in building an ‘algae to fuel’ Photo Bio Reactor for a US project. In mid-2010 working with the same US affiliates, he went on to manage the design and build of an innovative ‘oleophilic membrane’ crude oil recovery rig. With support from the US Department of Energy, the machine was deployed in the Gulf of Mexico and trialled as part of the Deep Water Horizon clean-up operation.

Since inception VN-CP has delivered 9 successful funding rounds for platform technology application spinouts raising in excess of £3M via HMRC Pre approved Seed Enterprise Investment Schemes & Enterprise Investment Schemes. The above-mentioned experiences have allowed David to build up a broad network of contacts throughout Governments and industries alike that he leverages to the benefit of any company he works with. Understanding the financial risk versus reward balance for investors, as a ‘real’ investor himself, he brings an unusual but extremely useful skill set to the company.

David manages the day-to-day operation, marketing, commercial due diligence, project creation, and IP portfolios for VN-CP, he is an equity participant in, and Commercial Director for, all VN spin-off SPV’s.

Be it participating in successful IT start-ups, or working within a ‘FTSE 500’ company, Mark brings more than 20 years successful operating experience at senior and executive sales management level to VN-CP.

Mark’s most recent corporate role was managing COLT Managed Services strategic markets region (6 countries and 27 employees). In his last year he delivered over £30m in revenues (118% against target) and nearly £13m of new business bookings (122% against target). This achievement was coupled with the process of transitioning the pre-sales technical architects, with corporate incentive structures to technical consultants holding personal incentive schemes.

Prior to this Mark held a number of senior Business Development roles including; Dimension Data for over 4 years, significantly exceeding revenue, bookings and margin targets in each of the 4 years he was there; GTS Carrier Services; and TGNS S.A.

Upon leaving the Royal Navy where he was a serving officer, he converted an antique shop into a pub and restaurant, operating it successfully for 2 years before exiting via a private sale.

Mark manages sales and operations for VN-CP and is also an equity participant in, and Director of, all VN spin-off SPV’s.

Andrew graduated from Southampton University in 1982, with a degree in Accounting and Economics, and joined a major international firm of chartered accountants where he qualified after specialising in tax matters. He then moved to another large firm, before taking up a role working in the tax department at one of the UK’s largest banks in 1989.

At the start of 1991 he joined another global bank, to run their entire UK tax function. A major part of that role involved Andrew providing structuring and technical input into a variety of tax-efficient investment and funding structures, and he was widely recognised as a leading specialist in tax matters involving the derivatives and capital markets. Various roles within other major investment banks followed, in which he was focussed solely on “front office” transactions, before Andrew took on consultancy roles in 2006 for one of the world’s largest hedge funds as well as one of the UK’s clearing banks.

Part of his role with the hedge fund involved the distribution of tax-efficient investment products for retail investors and since 2008 Andrew has concentrated in this area and provided services to various IFA firms – including Bestinvest, where he is retained as a consultant after acting as the Tax Planning Director since 2009.

Mick is a highly experienced Senior Executive Manager, with a referenceable track record in the development, construction, operation and management of power generation projects and businesses (renewable and conventional energy) in Europe. Mick also has significant knowledge and experience of Private Equity and Commercial Banking Finance and Risk Management.

He has particular skills in the development of renewable projects, particularly the negotiation and management of EPC contracts for the construction of Power Plants, fuel supply and Power Take-off agreements (PTA’s) together with operation and maintenance contracts.

This expertise has been gained in a number of professional and commercial roles over the last 28 years. Aged 54, his skills mix reflects core training as an engineer, leadership roles in Joint Venture companies and blue chip power generation companies.

Mick was instrumental in the contract restructuring of the Elettra business in Italy, resulting in a successful €170m refinancing in 2007 and went on to manage their power business in Italy comprising 230MW of CCGT power plant utilising industrial producer gases to co-fire the gas turbines. Mick has also developed wind, biomass and solar projects in the EU working with a strong network of contacts.

Mick manages technical oversight and engineering due diligence for VN-CP and is also an equity participant in, and Technical Director of VN – H Power Generation Ltd.

Jeremy is Honorary Professor of Nanotechnology, at Buckingham University UK.

Educated at the Universities of Cambridge and Princeton, and the Ecole Polytechnique Fédérale de Lausanne where he obtained his doctorate in the Institute of Chemical Physics for research on semiconductor nanoparticles.

He held the post of visiting scientist at the Eidgenössische Technische Hochschule (Laboratory of Chemical Engineering), Zürich (1993) and the Biocenter (Institute of Biophysics) of the Hungarian Academy of Sciences in Szeged (1987).

Jeremy is also a Fellow of the Institute of Materials, Minerals and Mining (London) and a IUPAC Fellow.

Jeremy manages scientific due diligence and university liaison for VN-CP and is also an equity participant in, and Scientific Director of VN -Aerotoxic Detection Solutions Ltd.

He read Economics at the London School of Economics, gaining a BSc Honours Degree in 1981, studied for his articles and qualified in 1985 receiving an associate membership of the Institute of Chartered Accountants in England and Wales later in that year.

In addition to work in the tax field, Steven has also had a significant amount of commercial experience, advising and consulting corporate entities on a wide range of matters.

He has been a Director of an Australian Stock Exchange Quoted company and is currently Chairman of an International payments solution company.

Steven manages tax and finance for VN-CP whilst also participating at Simmons Gainsford LLP as senior partner in the practice .

Anthony is a highly experienced commercial lawyer, in practice for over 30-years. He qualified as Doctor of Laws from Malta University at 22 years of age, and immediately took up a position within the family practice.

Operating initially as a general practitioner, he was was exposed to a wide range of different cases gaining experience in matrimonial disputes and settlements through to serious criminal trials. For the past 10 years, Anthony whilst still running a general practice has concentrated on commercial and company law.

He is a founding member of Legum-Servi, an international affiliation of highly qualified professionals each offering different specialisations, allowing full members the ability to offer their clients a vast range of non-core services, in-house.

As a very young lawyer Anthony concluded one of the largest and most complicated Fire Insurance disputes ever seen in Malta. This high profile litigation, and ultimately its successful settlement, led to Anthony acting as consultant for several major companies including parastatal operators, where he has been instrumental in the negotiation and successful conclusion of what were at times, very sensitive issues.

Anthony’s vast experience in commerce allows him to intervene with authority in areas which require cross table negotiation, dispute settlement, board representation or company structuring/re-structuring.

Keith is  Professor of Electrochemical Engineering, at Newcastle University, UK.

He has an international reputation in the field of electrochemical science and engineering, His main research and development focus is in fuel cell and electrolyses technologies, batteries and bio-electrochemical system, with a focus on membrane and catalyst materials, cell design and scale-up.

He has successfully managed or coordinated over 30 projects at a national and EU level, funded by EPSRC, TSB, Innovate UK, EU, MOD/DERA and the Carbon Trust. He has authored or co-authored more than 400 research articles published in international referenced journals, made a comparable number of conference presentations, co-invented three patents, written or edited a dozen books, chaired several international conferences.

Keith has been instrumental in establishing spin out companies NewChem Technologies Ltd. and Newcell technologies Ltd, who operate in the areas of electrochemical energy technologies, environmental protection and synthesis, and has worked as a consultant for many international companies.

Keith is a chartered engineer and a Fellow of the Institute of Chemical Engineers.

Alasdair is Professor, Director of Teaching & Learning at Brunel University within the
Mechanical & Aerospace, Department of Mechanical, Aerospace and Civil Engineering
College of Engineering, Design and Physical Sciences & Institute of Energy Futures departments.

Overview
Chair in Automotive Engineering, with a background in low carbon powertrain research and development within both academia and industry.